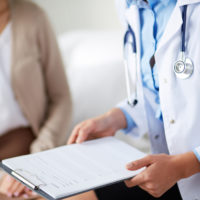 The law clearly states that if a conflict exists between the medical opinion of the employee’s physician and the medical opinion of either a second opinion physician or an office medical advisor, the office shall appoint a third physician to make an examination. This doctor is called a referee physician. The doctor must be qualified in the appropriate specialty and must have no prior connection with the case or the physicians involved.

It is also important to note that the claims examiner is bound by a specific procedure to properly select the referee physician. The tie-breaking doctor must be selected by utilizing the PDS system in accord with the Office procedures. The system generally provides that the claims examiner should pick the doctor in the appropriate specialty found at the top of the rotational list which is in alphabetical order.

Another important difference between the claims examiner’s choice of referee physician as compared to a second opinion, is that the claimant has the opportunity to object and provide specific reasoning as to why it could take your doctors should not be chosen as a referee physician. The reasoning is primarily that of documented bias lack of professional conduct.

To contact Steve Barszcz Esq. with additional questions or to get help in your case, please call him TOLL FREE @ 877-655-2667 or write him at Steve@theOWCPattorney.com

By Stephen Barszcz | Posted on March 30, 2018
« The basics of traumatic injury
The basics »