Schedule award not payable to employee who refuses suitable work 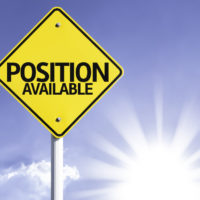 An employee who refuses suitable work or neglects to work after suitable work is offered is not entitled to a schedule award. The Federal Employee Compensation Act is very specific in this regard.

In one case, the OWCP offered a modified position to a letter carrier who summarily refused the job. He asserted that he had high blood pressure and diabetes along with his workplace injuries. He also provided that he elected civil service retirement rather than return to work.

ECAB considered all of the claimants conditions and determined that the offered job was suitable. Also, that retirement was not considered an acceptable reason for refusing an offer of suitable employment. The claimant was denied a schedule award.

In another case, an injured worker reached maximum medical improvement and was later offered a suitable position which he refused. He was subsequently terminated.

That case went on to provide that the claimant was not entitled to a subsequent increase in a schedule award later on because he was properly terminated at previous date in time. This is important to note. An employee must understand that if he or she is found to be appropriately terminated for refusing a suitable position, then he or she will not be entitled to payment of a schedule award any time thereafter.

When faced with the proposition of accepting a modified job position, please remember that future payment of a schedule award should be considered.

To contact Steve Barszcz Esq. with additional questions or to get help in your case, please call him TOLL FREE @ 877-655-2667 or write him atSteve@theOWCPattorney.com