Close Menu
Disability Lawyer > Blog > SSD Eligibility > What Are the Different Types of Medical Opinions That Social Security Must Consider in a Disability Case?

What Are the Different Types of Medical Opinions That Social Security Must Consider in a Disability Case? 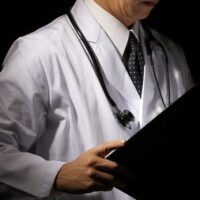 The general rule is that evidence of the first type–opinions offered by treating physicians–should be given the most weight, particularly when it is not contradicted by any other available evidence. Put another way, Social Security cannot simply ignore a treating physician’s evidence without giving good reasons that are based in the remainder of the record. And the mere fact that an examining or non-examining doctor may disagree with the treating physician is not necessarily a good reason.

The plaintiff in this case applied for disability benefits in 2015. The plaintiff claimed he was unable to work due to a variety of medical impairments, including degenerative disc disease, a tear to his right shoulder, and chronic fatigue.

A Social Security administrative law judge (ALJ) conducted a hearing on the plaintiff’s application in 2017. The ALJ ultimately denied the plaintiff’s application, finding that he “has not been under a disability, as defined in the Social Security Act,” and that there were still jobs he was capable of performing. The plaintiff then appealed this decision to federal court, citing a number of errors with the ALJ’s findings.

A federal magistrate judge agreed with the plaintiff and ordered Social Security to conduct a new hearing. The magistrate found the ALJ did not properly weigh or consider the medical evidence presented at the 2017 hearing. First, the ALJ failed to discuss the expert opinions offered by one of the plaintiff’s treating physicians, who explained the plaintiff’s limitations with respect to his ability to bend, stop, or crawl–namely, that he could no longer do any of those things.

The ALJ, however, found the plaintiff could “frequently stoop or occasionally crawl.” Yet there was no medical evidence in the record supporting this finding, the magistrate said. Indeed, even Social Security conceded in court that the ALJ simply ignored the treating physician’s contrary findings, which is not permitted by law.

The magistrate said the ALJ also erred in assigning “little weight” to the expert views of a second treating physician who also described the plaintiff’s physical limitations in great detail. Here, the ALJ insisted the treating physician’s views were too “vague and conclusory” in nature. But as the magistrate explained, this may have been a case of projection, as she found it was the ALJ who “failed to offer a specific and legitimate, let alone clear and convincing reason for rejecting [the treating physician’s] opinion.”

Even when your doctors agree that you are medically unable to work, Social Security officials may still look for reasons to find otherwise. That is why it is critical to work with an experienced national SSD eligibility lawyer who can help you make your case. Contact Stephen Barszcz today at 877-655-2667 to schedule a consultation.

By Stephen Barszcz | Posted on November 2, 2020
« Can Social Security Ignore My Doctor’s Opinions Just Because They Were Co-Signed by Another Healthcare Provider?
Can I Reapply for Disability If My Medical Condition Has Gotten Worse? »