Close Menu
Disability Lawyer > Blog > SSD Eligibility > Can Social Security Ignore My Doctor’s Opinions Just Because They Were Co-Signed by Another Healthcare Provider?

Can Social Security Ignore My Doctor’s Opinions Just Because They Were Co-Signed by Another Healthcare Provider? 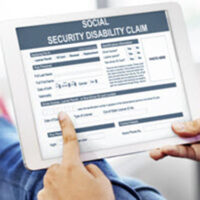 In January 2017, the Social Security Administration changed its rules governing the evaluation of medical evidence in disability cases. Previously, a Social Security administrative law judge (ALJ) had to give “controlling weight” to the expert opinions of a disability applicant’s treating physician, unless there was objective evidence that justified assigning lesser or no weight. Under the revised rules, a treating physician’s views are no longer entitled to any special weight and the ALJ must examine the relative “persuasiveness” of any medical opinions offered.

Disability claims filed before March 2017 must still be assessed under the old treating source rule, however, and we continue to see a number of critical court decisions on how Social Security continues to misapply the law in this area.

For example, the U.S. Sixth Circuit Court of Appeals in Cincinnati issued a decision on July 8 of this year, Hargett v. Commissioner of Social Security, that addressed the question of whether or not a treating physician’s opinion is still entitled to the presumption of controlling weight even when it is co-signed by another, non-treating health care provider.

The plaintiff in this case is a man in his mid-50s. He applied for Social Security disability benefits in October 2015, citing “high blood pressure, type-two diabetes, curvature of the spine, and chronic obstructive pulmonary disease” as impairments that prevented him from working. At a hearing before the ALJ, the plaintiff submitted a “functional capacity evaluation” (FCE) report signed by his longtime primary care physician. The FCE basically established the plaintiff was limited to sedentary work.

The ALJ chose to give no weight to the FCE, however, because although it was signed by the primary care physician, it was actually prepared by a physical therapist who had no prior treatment relationship with the plaintiff. Relying on other medical evidence, the ALJ ultimately denied the plaintiff’s application for disability benefits. Before the Sixth Circuit, the plaintiff argued this was a legal mistake that justified a new hearing.

The Sixth Circuit agreed. The appeals court noted that trial judges within the Sixth Circuit have reached differing answers to the question of how to treat a medical opinion that is “co-signed” by a treating physician. Some judges have said such opinions are not from a “treating source” unless both providers are part of the “same treatment team or practice,” the Court of Appeals noted. But the Court declined to adopt such a rule here. Instead, the Sixth Circuit said that even though the primary care physician and the physical therapist were not part of the same practice, the former’s signature on the latter’s FCE should still have been treated “as a treating-source opinion.” By signing the FCE, the Court noted, the treating physician was clearly adopting or ratifying the non-treating provider’s views as his own.

As noted above, the rules surrounding the consideration of treating-source opinions have changed dramatically in the past couple of years. If you need timely advice on your own Social Security claim, national SSD eligibility lawyer Stephen Barszcz can help. Contact his office today at 877-665-2667 to schedule a consultation.

By Stephen Barszcz | Posted on October 12, 2020
« The Importance of Assessing Your “Past Relevant Work” in a Disability Application
What Are the Different Types of Medical Opinions That Social Security Must Consider in a Disability Case? »