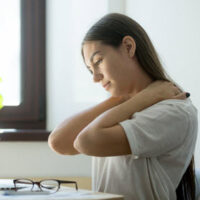 Fibromyalgia is a disorder that causes its victim to suffer pain all throughout their body. Doctors do not know the cause of fibromyalgia. There is also no cure, although its symptoms can be managed through medication and other treatments.

A recent decision from a federal magistrate judge in California, Martin v. Saul, demonstrates what we are talking about. In this case, a woman in her early 60s (the plaintiff) applied for disability benefits. She presented with a number of physical impairments, including fibromyalgia.

The ALJ gave “little weight” to the doctor’s evidence and ultimately denied the plaintiff’s claim for disability benefits. The ALJ argued that doctor’s assessments were “ extreme and out of proportion to objective evidence.” Indeed, the ALJ appeared to reject the fibromyalgia diagnosis altogether, noting the doctor failed to provide any “test results” in support of this opinion.

The magistrate judge, however, said the ALJ was out of line. First, the doctor was “an expert in the relevant specialty for fibromyalgia and thus entitled to particular deference” from the ALJ, who is not a doctor. Second, the ALJ failed to consider the “longitudinal record” supporting the fibromyalgia diagnosis. That is to say, the plaintiff had an extended history of reporting symptoms consistent with fibromyalgia.

Third, although the ALJ claimed the doctor’s assessment was “out of proportion to the objective evidence,” courts have repeatedly reminded Social Security that fibromyalgia is an “unusual” disorder, and that even “normal results” in a physical exam may not accurately reflect a disability applicant’s limitations.

Fibromyalgia is not a phantom disorder, despite Social Security’s best efforts to characterize it that way. If you are unable to continue working due to fibromyalgia or a similar disorder, national SSD eligibility lawyer Stephen Barszcz can assist you with applying for disability benefits. Contact his office today at 877-655-2667 to schedule a consultation.

By Stephen Barszcz | Posted on June 2, 2020
« How an Obscure Provision of the Constitution May Affect Your Disability Case
Understanding the Difference Between Social Security and VA Disability Benefits »