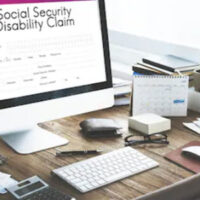 If Social Security denies your initial claim for disability benefits–which is sadly, a common occurrence–you have the right to ask for a hearing before an administrative law judge (ALJ). An ALJ is not a judge in the conventional sense, i.e., they are not part of the judiciary. Rather, ALJs are employees of the Social Security Administration (SSA) who preside over hearings involving the application of federal regulations. Any decision issued by the ALJ is subject to review at the higher levels of the SSA, and ultimately by the judiciary.

Historically, ALJs were hired using a “competitive process” administered by the Office of Personnel Management, which serves as the federal government’s HR department. The OPM administered civil service exams to potential ALJs, and based on those results, it would forward a list of three candidates to agencies like the SSA. As described in an October 2019 article published by the Regulatory Review, agencies like the SSA “could hire only from that list unless they decided to reject all three candidates and request a new list or hire an incumbent ALJ away from another agency.”

This process changed, however, following a June 2018 decision by the U.S. Supreme Court. In Lucia v. SEC, the Court held that ALJ’s were “officers” rather than “employees” of the federal government. Why does this distinction matter? Because under the Constitution, an “officer” of the United States must be appointed either by the President, a court of law, or the head of an executive department, such as the Commissioner of Social Security. Following the Lucia decision, the President issued an executive order directing each federal agency to develop their own internal process for appointing ALJs in a manner consistent with the Court’s mandate.

The Lucia ruling also opened the door for Social Security applicants to challenge rulings issued by ALJs who, as it turned out, were appointed in violation of the Constitution. For example, a federal magistrate judge in Oklahoma recently ordered a new disability hearing on just those grounds. In Lincoln G. v. Saul, the SSA conceded the ALJ who previously heard the plaintiff’s case was not qualified under Lucia. But Social Security insisted that the ALJ’s decision denying benefits should still stand, as the plaintiff never expressly raised the constitutional issue during the administrative appeals process. The magistrate judge rejected that argument, noting that neither statute nor Social Security’s own regulations required the plaintiff to raise the issue at an earlier date.

Get Help from a Social Security Disability Attorney Today

The Lucia ruling and the President’s subsequent order represent a major change to how Social Security will hire its ALJ’s going forward. If you have questions or concerns about how this may affect your own disability case, SSD eligibility lawyer Stephen Barszcz can provide you with guidance and representation. Contact his office today at 877-655-2667 to schedule a consultation.