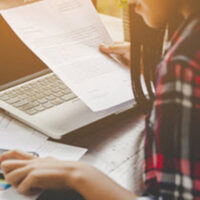 Social Security follows a five-step process when assessing a claim for disability benefits. The final two steps involve analyzing what jobs, if any, the claimant could perform given their physical and mental limitations. In step four, a Social Security administrative law judge (ALJ) will determine the claimant’s “residual functional capacity” (RFC); that is, what are the claimant’s actual job-related limitations. Then, at step five, the ALJ will ask a vocational expert (VE) to identify the types and number of jobs available for a hypothetical person matching the RFC created at step four.

This actually happened in a recent disability case from Washington State, James P. v. Saul. The plaintiff applied for disability benefits in 2014. He previously held jobs as a pipefitter, operating engineer, and construction worker, but stopped working due to his medical impairments.

At a hearing before a Social Security ALJ, the plaintiff testified that he was unable to walk without the use of a cane. A doctor confirmed the cane was “medically necessary.” But the ALJ did not include this limitation when formulating the plaintiff’s RFC. Subsequently, the ALJ also did not mention the need for a cane when posing the step-five hypothetical question to the vocational expert.

Both of these errors justified an award of benefits, a federal magistrate judge concluded. The magistrate noted the VE who testified at the hearing said the “number of available jobs under step five of the sequential analysis would erode by approximately 50 percent if the plaintiff needed to use a cane at all times.”

As for that step-five analysis, the magistrate said the ALJ improperly manipulated the figures provided by the VE. The VE said there were seven possible occupations a person could perform based on the RFC provided–which, remember, did not include the plaintiff’s need to use a cane–but some of these jobs no longer existed in sufficient numbers. The ALJ therefore decided to combine all seven occupations into a single figure “in order to reach a sufficient number of jobs.” The mere fact the ALJ had to resort to such “aggregation” illustrated the lack of sufficient jobs, the magistrate observed, especially when you applied the 50-percent reduction to account for the plaintiff’s cane.

Given all this, the magistrate said a direct award of benefits was justified. There was no need for a new hearing before Social Security, as the ALJ would have awarded benefits had they simply made a proper RFC in the first place.

Many individuals with legitimate Social Security disability claims often find themselves frustrated by the process. National SSD eligibility lawyer Stephen Barszcz can help guide you through the system and help ensure your case is heard. Contact his office today at 877-655-2667 to schedule a consultation.