Close Menu
Disability Lawyer > Blog > SSD Eligibility > What Happens When Social Security Ignores All of the Available Expert Evidence in a Disability Case?

What Happens When Social Security Ignores All of the Available Expert Evidence in a Disability Case? 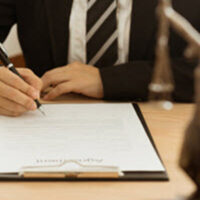 When you apply for Social Security disability benefits, a number of doctors and healthcare professionals may offer expert opinions regarding your physical and mental condition. A Social Security administrative law judge (ALJ) will consider all of these opinions, decide which are supported by the available medical evidence, and use that information to create a residual functional capacity (RFC) assessment. The RFC is then used to determine what types of work, if any, you are still capable of performing.

It is critical to understand that the ALJ’s role is limited to assessing the expert opinions offered by healthcare professionals. It is not the ALJ’s job to offer their own opinions regarding a disability applicant’s condition. Indeed, ALJs are not doctors themselves, so they are not qualified to offer such opinions.

Nevertheless, we often see cases where the ALJ decides to “play doctor.” When this happens, you can–and should–appeal a decision to deny benefits. A federal court may review your case, decide the ALJ acted improperly, and order a new hearing.

For example, a federal judge in New York recently issued such an order. The case before the judge, Pringle v. Saul, involved a plaintiff who first applied for disability benefits over four years ago. The plaintiff appeared at a hearing conducted by an ALJ, who reviewed the available evidence and formulated an RFC. Based on that RFC, the ALJ denied the plaintiff’s application for benefits.

On appeal, the judge found fault with the ALJ’s RFC. Specifically, the judge said that while the ALJ “made very detailed findings” with respect to the plaintiff’s medical impairments, none of these findings were actually based on the expert opinions offered at the hearing. To the contrary, the ALJ assigned “little” or “limited” weight to the expert’s views, the judge said. Instead, the ALJ decided to interpret the “raw data” in the plaintiff’s medical records themself.

The judge said that was inappropriate, not to mention illegal. An ALJ cannot reject “all of the medical opinion evidence of record” and then issue an RFC that is “unmoored from any medical opinion or other objective assessment.” If the ALJ honestly believed that the available expert opinions were inadequate, then they should have “attempted to obtain additional RFC reports from treating physicians” who assessed the plaintiff’s condition. Ultimately, the ALJ has a responsibility to fully develop the record in a disability case.

Unfortunately, cases like this one are all too common. ALJs often cut procedural corners in a rush to deny benefits without taking the time to properly develop a full record. National SSD eligibility lawyer Stephen Barszcz can assist you in making your own case for disability benefits, including appealing an improper decision made by an ALJ. Contact his office today at 877-655-2667 to schedule a consultation.