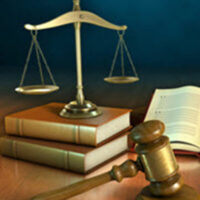 One of the critical tests for assessing a disability claim is whether or not the applicant’s cited physical or mental impairments are “severe.” From a legal standpoint, a severe impairment is one that has lasted–or is expected to last–at least 12 months and “imposes more than a minimal limitation on the claimant’s ability to function.” If Social Security determines the applicant’s impairment is non-severe, it will deny disability benefits on those grounds.

But the decision to classify an impairment as “non-severe” must be supported by substantial evidence gathered from the applicant’s medical records. It is not up to Social Security officials to “play doctor” and merely substitute their own judgments. A recent disability case from Missouri, Bass v. Commissioner, offers an example of why this is so.

In this case, a Social Security administrative law judge (ALJ) determined the plaintiff suffered from depression, a recognized mental impairment under disability regulations, but classified it as “non-severe.” The plaintiff sued the Social Security Administration, in part arguing the ALJ’s conclusion on this point was legally incorrect. A federal judge agreed and returned the case to Social Security for a near hearing.

Social Security also insisted the plaintiff’s depression “lasted less than 12 months.” Again, this directly conflicted with the evidence. The plaintiff’s doctor confirmed the depression diagnosis in 2017, more than a year after the initial diagnosis. Social Security also attempted to cite the plaintiff’s lack of treatment–he never sought psychological counseling prior to 2017–as proof his condition was non-severe. The judge said that while a disability applicant’s choice to pursue a “conservative treatment” plan may be used to question his credibility, that did not matter when the “medical records themselves reflect a diagnosis of major depression or major depressive disorder and treatment for such disorder.”

All that said, the ALJ’s misclassification of the plaintiff’s depression as non-severe would not require a new hearing if the error were deemed legally “harmless.” Here, the judge found the error was not harmless, as the ALJ failed to consider the limitations imposed by the plaintiff’s depression in ascertaining his capacity to work. This is why a new hearing was necessary.

Social Security officials will often go to great lengths to minimize or ignore a disability applicant’s condition. That is why you need to make the strongest case possible for your own disability. National SSD eligibility lawyer Stephen Barszcz can provide you with skilled legal representation throughout this process. Contact his office today at 877-655-2667 to schedule a consultation.