Close Menu
Disability Lawyer > Blog > SSD Eligibility > How Does Social Security Determine When You No Longer Qualify for Disability Benefits?

How Does Social Security Determine When You No Longer Qualify for Disability Benefits? 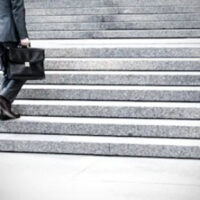 It is possible in a disability case for Social Security to find you that you were disabled for a certain period in the past but are now capable of working. As with all matters related to disability claims, however, Social Security must follow the available medical evidence. Agency officials cannot simply declare you are “better” based on their own intuition.

The plaintiff challenged the ALJ’s findings in court. In June 2020, a federal judge agreed the plaintiff was right. She was, in fact, entitled to disability benefits after April 1, 2014. Indeed, the judge concluded that a new hearing before Social Security was unnecessary, as the evidence presented clearly supported an award of benefits.

Basically, the judge said the ALJ improperly ignored the testimony of three separate doctors who personally treated the plaintiff. The plaintiff has polymyositis–a rate inflammatory disease that weakens the muscles–as well as pulmonary hypertension (i.e., high blood pressure). The plaintiff’s treating physicians agreed these conditions were life-threatening and produced a number of symptoms that made it impossible for her to work.

The ALJ, however, gave “little weight” to these conclusions and chose to rely on the views of doctors who did not personally treat the plaintiff but instead simply reviewed her medical records. These non-treating consultants believed the plaintiff’s symptoms were under control and she could therefore resume light work. In contrast to the views of the treating physicians, the ALJ found the consultants’ opinions were “highly persuasive” because they were “internally consistent and well supported by a reasonable explanation and the available evidence.”

Even when the medical evidence overwhelmingly favors your disability application, Social Security will often find a way to try and ignore it. National SSD eligibility lawyer Stephen Barszcz can help you make sure the government follows its own rules. Contact his office today at 877-655-2667 to schedule a consultation.

By Stephen Barszcz | Posted on July 17, 2020
« How the Need for Family Support Can Affect Your Disability Application
Federal Magistrate Orders Third Disability Hearing for Florida Woman with Fibromyalgia »