The Role of Medical Consultants in Social Security Disability Cases 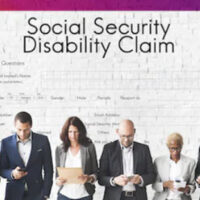 When you apply for disability benefits, the Social Security Administration will carefully review your medical records, including the diagnosis and expert opinions of your treating physicians. But Social Security also relies on a number of medical consultants, i.e., doctors who will examine your medical history but not personally treat you. Medical consultants actually work for your state’s Disability Determination Services agency.

In some cases, Social Security may decide to give the conclusions of these state-agency medical consultants greater or “controlling” weight, even when they conflict with what your own doctors have said. When Social Security elects to do this, however, it must provide the disability applicant with some explanation. Social Security cannot simply disregard the views of your treating physician without justification.

This is true even when it is clear the treating physician has not adequately supported their own conclusions. For example, in a recent case from Ohio, Lane v. Commissioner, a federal magistrate judge ordered Social Security to conduct a new hearing on the plaintiff’s application for disability benefits. The magistrate said the administrative law judge (ALJ) who conducted the initial hearing failed to properly explain the decision to give “greater weight” to the views of two medical consultants who reviewed the plaintiff’s medical records.

The plaintiff applied for disability benefits in 2014. He sustained serious injuries after two separate falls. The plaintiff’s treating physician opined these injuries were severe enough to prevent the plaintiff from working in any meaningful capacity.

The problem here, the magistrate judge explained, was that the consultants did not review any “part of the medical record after mid-2016.” Normally, when Social Security chooses to credit the testimony of a medical consultant over a treating physician, it is because the former has had a chance to review the entire record. In other words, a doctor who has had the chance to look at the applicant’s entire medical history is arguably more credible than a treating physician who may have only examined the applicant once.

Speak with a Disability Lawyer Today

Disability cases are not simply a matter of your doctor stating you are medically unable to work. It is important for you to understand your entire medical record and how it may be viewed by an ALJ. National SSD eligibility lawyer Stephen Barszcz can assist you with this and other aspects of the disability process. Contact his office today at 877-655-2667 to schedule a consultation.