How The U.S. Supreme Court’s Decision In Carr V. Saul Could Impact Your Disability Hearing 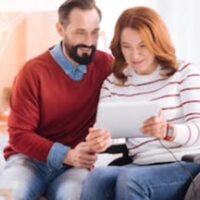 Was your application for Social Security Disability Insurance benefits, or SSDI benefits, denied? Did you submit a request for reconsideration only to have your claim denied again, which led you to seek a hearing before an Administrative Law Judge (ALJ) who also denied your claim? If you are in this situation, are you also concerned that your hearing before the ALJ might not have been proper because the ALJ was not properly appointed to that position? This question is at the heart of a recent U.S. Supreme Court case, Carr v. Saul (2021). Unlike many U.S. Supreme Court cases, the decision in this case was unanimous, with all nine justices deciding in favor of the SSDI applicants. Our experienced national disability benefits lawyers want to tell you more about the case and to explain how the ruling could affect your hearing.

Getting the Facts of Carr v. Saul

In the recent Carr v. Saul case, the petitioners had applied for disability benefits through the Social Security Disability Insurance program and had their claims denied. The petitioners then went through the review process and sought reconsideration, followed by a hearing before an ALJ. The petitioners asked for a new hearing after another U.S. Supreme Court case, Lucia v. SEC (2018), determined that the ALJs had been unconstitutionally appointed. In seeking a new hearing, the petitioners asked to have properly appointed ALJs hear their appeals for SSDI benefits.

The Court had to determine “whether [the] petitioners forfeited their Appointments Clause challenges by failing to make them first to their respective ALJs.” In other words, the Court had to decide whether the petitioners failed to exhaust administrative remedies. Exhaustion is an administrative law term that, according to NYU Law Review, that “says a person challenging an agency decision must first pursue the agency’s available remedies before seeking judicial review.” The doctrine of exhaustion is designed to keep the justice seeking working smoothly and to prevent court dockets from getting clogged.

The Court ultimately determined that administrative exhaustion principles did not require the petitioners to argue for a rehearing before the ALJs who originally heard their claims (the ALJs who were unconstitutionally appointed). To be sure, the Court found in favor of the petitioners and determined that they could seek a new rehearing before a properly appointed ALJ.

If your disability benefits claim was denied and you sought reconsideration followed by a hearing before an ALJ, what is the potential impact of this recent decision for you? In short, if you went through a hearing before an ALJ and your benefits claim was denied but the ALJ was unconstitutionally appointed, you may be eligible to seek a new hearing before an appropriate ALJ. An experienced national disability benefits attorney can evaluate your case and can help you to determine whether the recent Supreme Court decision could affect your request for an SSDI hearing.

Do you have questions about appealing a benefits claim that was denied or seeking a hearing before an ALJ? One of our experienced national Social Security disability attorneys is here to help with your case. Contact the Law Offices of Stephen Barszcz to learn more about how we can assist you.

By Stephen Barszcz | Posted on October 11, 2021
« Converting A Bankruptcy Case: What To Know
Timing And Your SSDI Benefits »